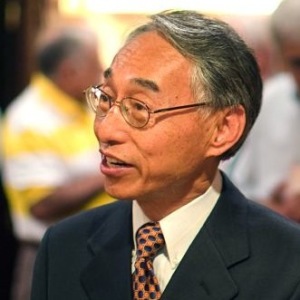 Welcome to Randy Yeh to the OWL Community!

Randy Yeh was born in Beijing in 1948, son of a general who was a war hero in World War II for his role in defending China from the Japanese invasion. The family moved to Taiwan, where Randy grew up. For his college education he came to the U.S. to study computer science, and was awarded a Ph.D. from the University of Texas at Austin.

AT&T hired him out of college to work at Bell Labs in Princeton, New Jersey. He rose quickly through the ranks, to become CEO of Lucent Technologies in China.

While living a privileged life in Beijing as senior executive of a multinational corporation, Randy discovered a commune of impoverished, abandoned elders, with no children or family to support them. Moved by compassion, he began visiting regularly to serve them in simple ways, cutting their hair, messaging their shoulders, doing whatever he could to make their lives a little easier.

He discovered and connected with other volunteers who were doing the same in similar communes in the Beijing area.

By 1999, New Path Foundation was born, which has supported volunteers serving seniors and orphan children in four countries. Randy stepped away from his corporate job, with all its income, prestige and privileges, and devoted himself to serving others. The term he uses for this — and offers as a guide to all volunteers in the New Path community — is accompanyment. It is a practice of humility, mindfulness, service, and spiritual development, where everyone supports each other.

As a humble and inspiring practitioner of these values, Randy has much to teach all of us in the OWL community, and it is a gift to have him among us.

In an interview with Aryae on the November 29 Global Awakin Call, Randy shared the story of his journey.

Learn more about Randy Yeh and New Path Foundation at his OWL profile.