Rabbi Itzchak Marmorstein is one of his leading students today. Here is an excerpt from the current post on his blog, Ha’Orot: The Lights of Rav Kook: 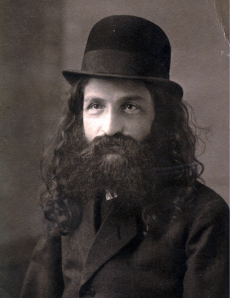 Rabbi David Cohen TZ’L, Rav Kook’s main student, wrote these words in a letter to the Yeshiva students in the Israel Defense Forces during the 1948 War of Independence. Sixty six years later these words continue to ring true as Israel is in the midst of another battle in this long war:

“War is a crime of mass murder. All the building that living nations are engaged in, their power and essence, is rooted in war. There is no generation that has not had small or large wars. And when a war ends they immediately begin preparations for the next one.…

“How can a human being be content with the level of personal and general ethics at the time when he and the whole world is being led towards slaughter?

“No, do not, do not murder – this needs to be an absolute decision, an absolute imperative!…

“War is the great plague of humankind in our generation and in all generations….

“Every nation has ministers of war, armies and supplies of weapons. Even worse than this is that war is accompanied by hatred. It needs it in order to grow and strengthen. People are taught and reminded to hate, to hate the enemy, ‘remember what Amalek did to you!’ (Deuteronomy, 25:17) …

“The call has to go out to the nations … to AWAKEN THE PEACE MOVEMENT in absolute opposition to mass murder, to war.

“The leaders of the nations, their ministers, advisors and parliaments must legislate that the law ‘Do not murder” includes the prohibition of the mass murder of war. They must forbid war, not declare it…

“Each human being, each writer and thinker is commanded: “Do not stand idly by as your neighbour’s blood [is being spilled]” (Leviticus 19:16)….

[And as his teacher Rav Kook wrote 50 years earlier:]

“The harmonic call…the voice of peace is much greater than the voices of war that is heard from all the places of emptiness.

“Among all the calls of the world, the supernal call, the call that unites, raises and equalizes goes forth and penetrates. From the fullness of life this call goes forth to each creature, to each spirit and soul, to the inside of each being, to each individual, to each group, to each nation….

“Inside the unifying souls, who are drenched in the dew of life of the harmonic call, is burning a holy fire thirsty for peace. They are the angels of peace in the world.”

Although Rav Kook and his student HaRav HaNazir are no longer with us here, their teachings and prayers are. I believe that they are a wake-up call to the people of Israel, the people of Palestine, and to all the word’s peoples today: awaken the peace movement, the angels of peace in the world.

1 thought on “From Israel’s 1st Chief Rabbi: A Call to Peace”