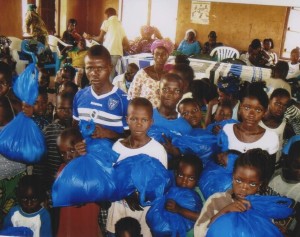 Oregon Health and Science University’s Nursing Students Without Borders and the non-profit Global Force for Healing hosted an event to raise money for the Ebola victims of Sierra Leone on January 16th. The event included a soup and pottery sale and a presentation by Sudy Storm, founder of the Sukuli Project, on the social inequality of Ebola. The event raised over $2,500 to send to the Jawei Chiefdom in Sierra Leone, which was one of the hardest hit regions during the Ebola epidemic. At this time no new cases have been reported in the Jawei Chiefdom, although the disease is still spreading in many other regions in the country.

The paramount chief of this region contacted the Sukuli Project to report that they surveyed their chiefdom and determined that the hardest hit demographic was the 307 children orphaned as a result of the Ebola epidemic. Their community prioritized these children and used the $2,500 to provide them with food, clothing and school supplies.

Thank you to everyone who made this donation possible!

P.S. There is still time to contribute, so please follow this link if you would like to make a donation: 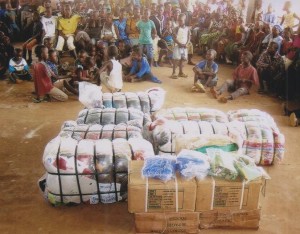