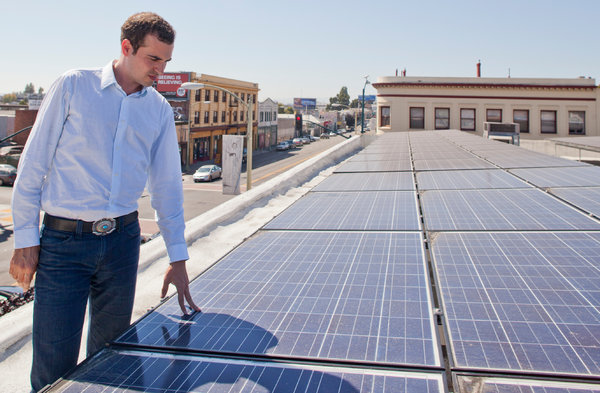 Just after his sophomore year at Yale in 2002, Billy Parish stood before a rapidly retreating glacier in India that feeds the Ganges River, convinced that he had come face to face with climate change and that he had to do something about it.

It did not take long. Back in the United States, he started a youth coalition that, within a few years, had mobilized thousands of people with similar environmental concerns. He never made it to his junior year at Yale.

In the years since, Mr. Parish has come to another conclusion: that capitalism is a powerful force that can be harnessed to combat global warming. Now 31, he is well into making that his next mission, building an online solar energy investment platform that could turn ordinary Americans into mini-financiers.